How to Add Featured Images or Post Thumbnails in WordPress

To add featured image support in a WordPress theme, you need to add this line of code in your theme’s functions.php file:

This will open the WordPress Media Uploader. You can use that to upload an image from your computer or use an existing image from your media library. Once you select the image, simply click on Set Featured Image button.

The image will appear in the Featured Image meta box, like this: 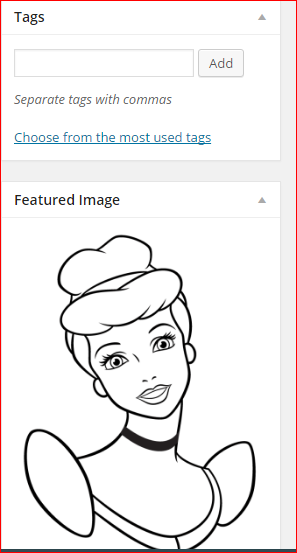 To set image size for featured images you upload, you need to add this line of code to your functions.php file.

You can also set additional image sizes to use with the_post_thumbnail() function. For example:

There are two functions in WordPress to get post’s featured image.

If anyone has doubts on this topic then please do let me know by leaving comments or send me an email.