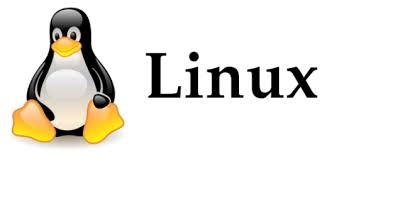 Hi all,
Today i share one useful topic related to open source tools and their advantages.
In the data center environment the open source tools have many advantages. First and foremost is their low cost and the flexibility they provide. Everyone will be aware of the source code so any enhancements that need to be done have a greater chance of getting implemented, quickly.

AMANDA stands for Advanced Maryland Automatic Network Disk Archiver. It is a simple backup solution, It allows the IT administrator to set up a single master backup server to back up multiple hosts over the network to media, which could range from tapes to hard disk drivers.

AKANDA uses native utilities and formats and can back up a large number of servers and workstations running multiple versions of Linux or UNIX. It uses a native windows client to backup Microsoft windows desktop and servers.

It is a set of open source computer program. It allows the management of backups, recovery and verification of data across a network of computer of different kinds. In technical terms, it is an open source, network based backup program

Bareos is a set of computer programs that permit an IT administrator to manage backup, recovery, and verification of computer data across a network of computer of different kinds. It can backup to various types of media and also run entirely upon a single computer.
Clonezilla
Clonezilla is a partition and disk cloning program. It helps you to do system deployement, bare metal backup and recovery.


Main advantages of clonezilla is that it can be used in large environments to recover multiple systems from bare metal, simultaneously.

FOG
FOG is a free open source cloning,imaging and rescue suite. It can be used to image Windows Oss.
Rsync
Rsync is a protocol built for UNIX- like systems that provides unbelievable versatility for backing up and synchronizing data. It is mainly used locally to backup files to different directories.
BURP


BURP is short form of ‘Backup and Restore Program. BURP is a network backup tool based on librsync.
Duplicati
Duplicati is a backup client that securely stores encrypted, incremental, compressed backups on cloud storage servers and remote file servers.
BackupPC
BackupPC is a high-performance, enterprise-grade system for backing up linux, Windows and Mac OS X PCs and laptop to a server’s disk.
Box Backup


Box Backup is an open source, completely automatic, online backup system. All backed up data is stored on the server in files on a file system.